You are using an outdated browser. Please upgrade your browser to improve your experience and security.
Fran?ois-No?l Babeuf
Article Media Additional Info

Join Britannica's Publishing Partner Program and our community of experts to gain a global audience for your work!
External Websites
WRITTEN BY
The Editors of Encyclopaedia Britannica
Encyclopaedia Britannica's editors oversee subject areas in which they have extensive knowledge, whether from years of experience gained by working on that content or via study for an advanced degree....
Alternative Title: Gracchus Babeuf

Fran?ois-No?l Babeuf, byname Gracchus Babeuf, (born November 23, 1760, Saint-Quentin, France—died May 27, 1797, Vend?me), early political journalist and agitator in Revolutionary France whose tactical strategies provided a model for left-wing movements of the 19th century and who was called Gracchus for the resemblance of his proposed agrarian reforms to those of the 2nd-century-bc Roman statesman of that name.

The son of a tax farmer, Babeuf worked in the 1780s as a feudal law expert, maintaining records of dues owed and paid by the peasants to the local seigneuries. His increasing distaste for the injustices of this system led him to begin an active career as a political journalist (1788–92). In 1789 he wrote a pamphlet advocating tax reform and went to Paris in hopes of becoming a journalist. He returned to his native Picardy, where he was arrested and briefly imprisoned in 1790.

Following his release he founded a journal, Le Correspondant picard. He advocated a program of radical agrarian reforms, including the abolition of feudal dues and the redistribution of land. During this period he served as an administrator in the Montdidier district of the Somme, but in February 1793 he returned to Paris, where, during the Reign of Terror, Maximilien Robespierre’s radical-democratic regime, he was again arrested and imprisoned. After his release following Robespierre’s fall in July 1794, he founded a new journal, Le Journal de la liberté de la presse (shortly thereafter renamed Le Tribun du peuple), in which he at first defended the Thermidorians and attacked the Jacobins. When he began to attack the Thermidorians, he was arrested (February 12, 1795) and imprisoned at Arras.

During this brief imprisonment, Babeuf continued to formulate his egalitarian doctrines, advocating an equal distribution of land and income, and after his release he began a career as a professional revolutionary. He quickly rose to a position of leadership in the Society of the Pantheon, which sought political and economic equality in defiance of the new French Constitution of 1795. After the society was dissolved in 1796, he founded a “secret directory of public safety” to plan an insurrection.

On May 8, 1796, a general meeting of Babouvist, Jacobin, and military insurrectionary committees took place in order to plan the raising of a force of 17,000 men to overthrow the Directory and to institute a return to the Constitution of 1793, which the committee members considered the document most legitimately sanctioned by popular deliberation. On May 10, however, the conspirators were arrested after an informant revealed their plans to the government. The trial took place between February 20 and May 26, 1797. All conspirators were acquitted except Babeuf and his companion, Augustin Darthé, both of whom were guillotined.

Babeuf was revered as a hero by 19th- and 20th-century revolutionaries because of his advocacy of communism and his conviction that a small elite could overthrow an undesirable government by conspiratorial means. 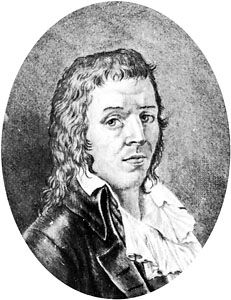